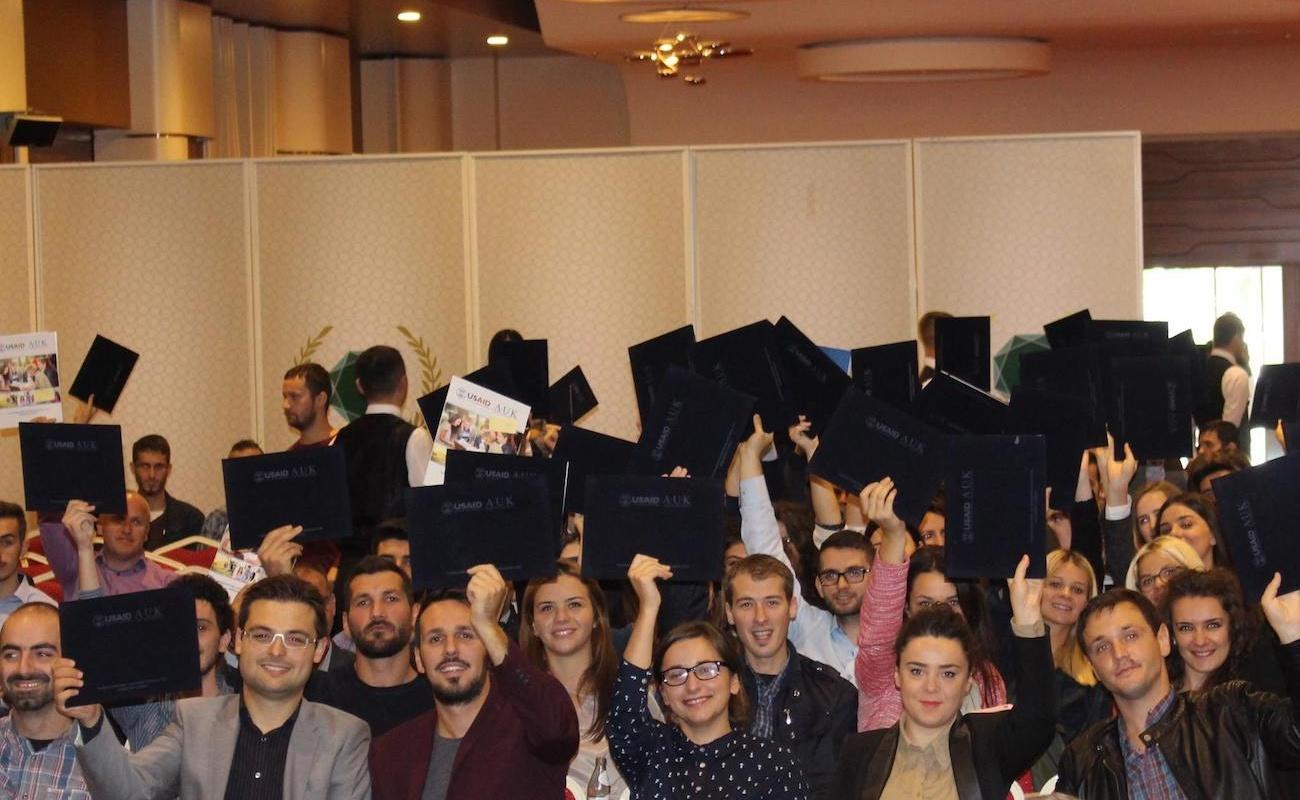 Higher education institutions have been long-standing partners in USAID’s efforts to build individual and institutional capacity across sectors in partner countries. Take Kosovo for example. As a young, independent Balkan nation working toward integration to the European Union, Kosovo’s development priorities include strengthening governance and reforming its public administration and education systems.

To address these needs, USAID launched the Transformational Leadership Program (TLP), an umbrella program with multiple components, in 2014. The TLP’s goal was to develop a group of leaders who can support Kosovo’s journey to self-reliance by driving significant economic, political, and social change. The TLP implemented courses, academic exchange, civic participation, and institution building activities through the following three components:

The first two components ended April 2019 and the Citizen Corps component is scheduled to end May 2020.

Building Strategic Partnerships
For each of the three components, TLP forged strategic partnerships with higher education institutions in Kosovo:

1. In-country courses for students and public service employees
The in-country courses were a partnership between TLP and Rochester Institute of Technology- Kosovo (RIT-Kosovo). Formerly the American University of Kosovo, RIT-Kosovo is the only higher education institution in Kosovo to teach entirely in English and to provide an internationally recognized American liberal arts style education. It housed two TLP courses:

2. Scholarships and partnerships
The TLP also partnered with the University of Prishtina (UP), Kosovo’s largest public university, to strengthen its management, teaching methodologies, research capacities, and career services. Capacity-building strategies included a combination of partnerships and exchanges with American universities and curriculum development at UP to align with the demands of Kosovo’s labor market.

The TLP scholarship program also awarded scholarships to Kosovar students to pursue higher education in the United States. The program supported areas of study that are critical to Kosovo’s development, ranging from Rule of Law and Public Administration to Gender and Interdisciplinary Studies.

3. Citizen Corps
Building upon the scholarship and partnerships component, the TLP is continuing to work with returning Master graduates by promoting civic participation and volunteerism. The program encourages its scholarship recipients to give back by completing 400 volunteer hours at institutions in the public, private, or non-governmental sectors in Kosovo, including higher education institutions and high schools.

Activity Highlights
In addition to building individual and institutional capacity, the TLP promoted participatory democratic values such as academic freedom, personal responsibility, entrepreneurship, and accountability. Here is a snapshot of TLP’s achievements:

Get the infographic
Watch this video to learn more about the Transformational Leadership Program. 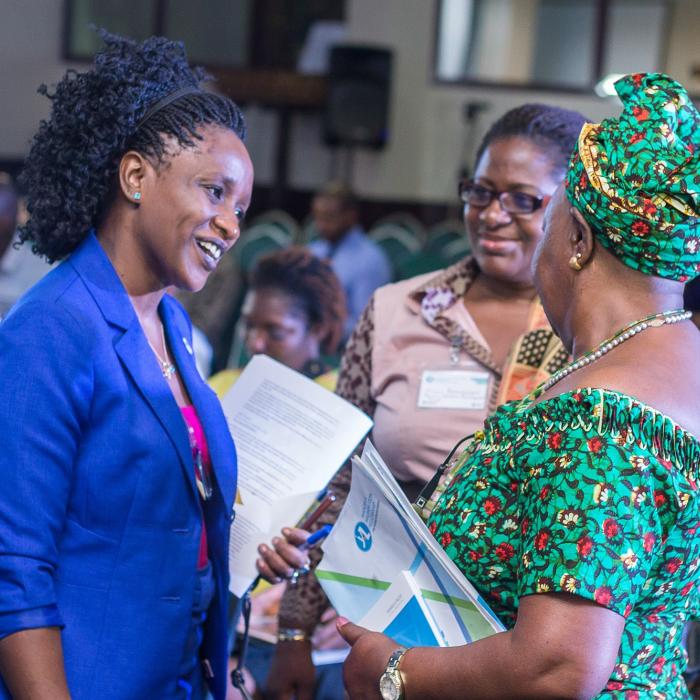 How the VSFS Internship is Advancing Higher Education Storytelling at USAID

The Center for Education Higher Education VSFS internship is structured in two parts: one, a group project, and two, an individual project. This structure allows interns to gain experience publishing work both individually and collaboratively. 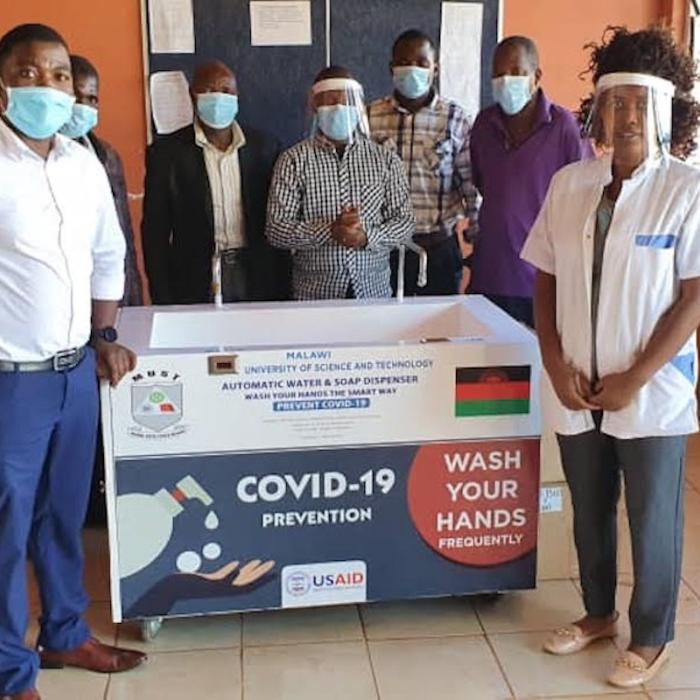 The Resilience of Higher Education Institutions During COVID-19: Lessons from Malawi, Philippines, and Senegal

Higher education institutions must continually adapt to mitigate the impacts of the COVID-19 pandemic. These three case studies show how three universities served as central actors in crisis response and in locally-led development. 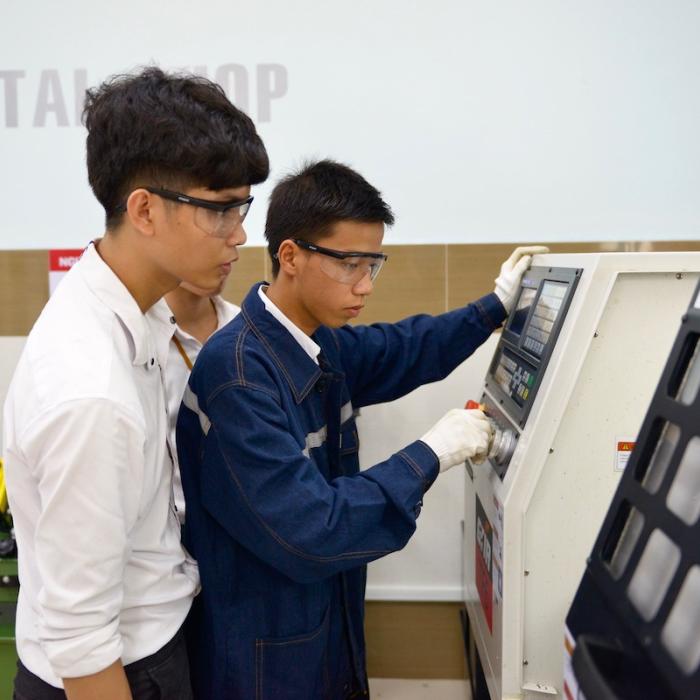 A Program Framework for Higher Education

USAID has developed the Higher Education Program Framework. The framework is one of several new HE resources being released by the Center for Education to inform USAID higher education program design, implementation, and strategic planning.